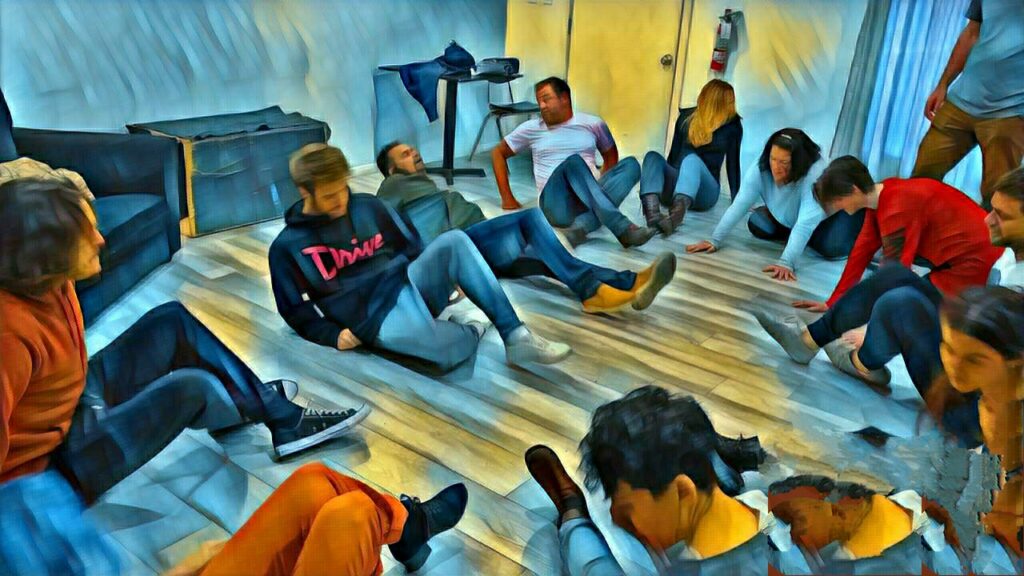 (Infusing personality in your characters)

The actor’s job is to take a scripted, two-dimensional character and breath life into it; creating a fully-realised, believable person who the audience is invested in from the very beginning.

Great acting should not seem like acting at all.  It needs to be perfected to make it look natural and believable – “the toughest thing in acting is to act normal”.  Some talent may be enough to get the average actor through the door, but to make a successful, sustainable career from acting requires specialised coaching, commitment and passion.  This is where Actorism® and Irfan Hossein step in.

Irfan, a notable performance designer for many successful films and shows, and Programme Director with Actorism®, has character-trained countless actors over the years, many of whom have won awards from their performances.  Some of his actors have trained with highly reputable acting schools in India and abroad, others are absolute beginners, but it is Irfan’s in-depth coaching which has made the difference from a good into a great, award-winning performance, whatever the level or background of his students.

Performance Design is a process where we train actors to become, wholeheartedly, their characters.  If the characters are unique and innovative, they immediately connect with the audience and stay with them long after the film or show is over.  We coach actors to be as versatile as possible, enabling them to last within this cut-throat industry for many years to come.  New talent is abundant, but it is the highly character-trained actor who will last the longest.  They are the ones who turn characters into real, living beings with unique mannerisms, styles, speech patterns and accents.  We provide the tools and techniques to train individuals for every scene and situation to ensure that they get the desired results.  Every behaviour needs to be goal-driven.
Decoding authors’ visions is where we excel.  We have designed our programme to look into the innermost, subconscious parts of a character; their drive, history, aspirations and motives.  These hidden dimensions, when brought to life, are the difference between an average and an inspirational performance.

Actors need to take themselves – or be taken – into the unknown; to be able to challenge themselves.  When we follow our heart and dig deep into ourselves, this is where the magic happens – and what the audience experiences.
The mind gives us dedication, but the heart provides devotion to a cause.  Dedication can take us only so far, but it is devotion which takes us to the impossible.  The mind may drive us towards monetary gains, but it is the heart which gives us purpose.  This is the conflict between our motive and purpose – our goal.

Irfan drives his students to look deeply within themselves, to find their goal, their passion – this is how they are able to create unique and innovative characters.  He provides the nuances, colours and finesse to enable actors to give their finest performances.
Each character has some obvious behavioural patterns, as well as those more covert.  Every detail needs to be carefully designed to create a multi-faceted and believable character.  In addition, interpersonal relationships with other characters is one of the most ignored areas in film and television, but it should not be overlooked as it provides some excellent interactions, especially in highly volatile scenes.
Performance Design provides the best possible experience and training for film, and web series.  We are passionate about training confident driven and creative actors who can work comfortably – and excel – in all areas of today’s industry.  Our programme is dynamic and diverse and focuses on improvisation, story-telling, character and role creation and development, vocal and physical articulation – everything required to become a successful actor.

People with no or very less talent are put on Television and films, and you watch them being themselves and not evolve as characters. Their equation remains the same with respect to all characters in the film

This has an ill impact on the acting industry. It misleads people to believe they can just put up a profile on any casting site and with little or no training, become a famous actor. Many actors have played historical and real-life characters without adapting themselves, by just changing clothes and putting makeup. This delusion needs to be avoided.

Acting being one of the most challenging among the performing arts, it needs perfection but as it moves towards perfection it starts looking simpler.

Untrained actors with time become monotonous and heartless. They don’t play characters; they are not trained to create a role out of the characters they play. This inevitably sooner or later pushes them into oblivion from where it is almost impossible to come back. This is what happened with so many once-famous actors in both television and films. What needs to be understood from this  that: The lack of proper education and training is a debt we actors owe to our occupation which eventually has to be paid. Passion along with the right education is what keeps the great actors above the rest.

Passion alone cannot create great characters, the proper education is equally important. As an actor, you have to translate the psychology of a character into your thoughts and behavior.

There were instances when the actor was about to be removed from the project but before doing that Irfan Hossein was called in as a final resort to train the actor, and he did most of the times. The same actors today have turned and transformed into veterans.

(Learn to create cinematic excellence)
Learn about your body behaviour and how it creates cinematic impact on screen.

We all act in our daily life and we are very good in our own particular roles.  then there are stage actors who may or may not graduate to become on-camera actors.

what separates the on-camera actor from the theatrical actor is the on-camera actor must know the three channels of nonverbal communication: the body, the voice, and the face. Each and every movement of your body reveals your internal emotions and that gets captured by the camera. To create maximum cinematic impact of your performance you need to learn your body behaviour according to the camera angle, lenses, and sometimes from the perspective of editing and soundound music.

We teach acting  – for the camera and its magical

Unlearn all techniques, create your own system .Acting Master class through meditative ways.

“Masterclass” is the training programme that includes all acting skills, character building,  role creation and strategies. We create finer nuances with which an actor carrie his character through different situations.we create  mannerisms style speech pattern,sound for the character. We create physical manifestation of characters psychology which should look unique as well as completely natural.

You may be good in understanding and internalise your emotions but one needs to know how it looks from behind the camera, under a certain type of light with a certain sound effects and background.